Dear Creatives, I had the chance to review a few movies from Phase 4 Films. The three were Smitty, Freddy FrogFace & Donkey X. These three movies were released in July 2012 & are available on DVD. Let me give you a little background & my thoughts on each of these Phase 4 Film’s movies. 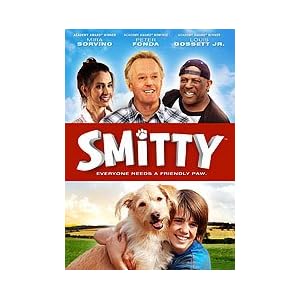 Smitty: A story about Ben a mischievous & sarcastic preteen who gets into trouble one too many times. An event happens where his mom sends him to his grandfathers. His grandfather lives in Iowa & Ben goes to stay with him during his summer break. With no friends in Iowa they rescue a dog from the animal shelter. With the help of some good role models Ben is able to learn good lessons about the meaning of family and friendship, along with what it means to have a pet in your life.

Thoughts: We enjoyed the story it goes along at a thoughtful pace, starting to pick up midway with a ending to remember along with a good message.

Freddy FrogFace: Being small doesn´t make life easy for little ten-year-old Victor and his friends, who not only have to face a world full of stern grown-ups but also the town bully Freddy Frogface. When a circus comes to the sleepy little town, Victor is thrilled at having the chance to perform in a talent show with his dog Sausage. Yet Freddy soon comes up with a sinister plot of his own to spoil Victor´s plans… Freddy Frogface is a film about being small in a world where everyone else seems big. It teaches an important lesson about not being a bully. But most important it is about the courage to stand up for oneself no matter what the odds! 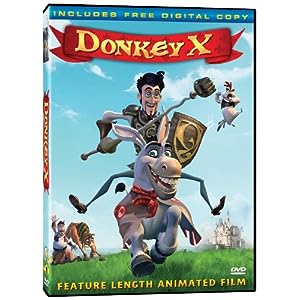 Donkey X is based on the 400 year old Spanish classic tale of “Don Quijote de la Mancha” Adventurous, brave & mischeivous donkey of Castile, as he tells the true story of the legendary Don Quixote. Rucio one of the main character’s side kicks jumps at the opportunity to join Don Quixote on his quest to battle The Half Moon Knight helping him with obstacles along the way.

Thoughts: We thought the movie was entertaining, but did have a few mild sexual references if watching with younger children might go over their heads, but my 10 year old caught them saying; “hey, did you see that?”, there were only a few & didn’t last long. It was entertaining enough to hold us through the story. The animation is vivid & appealing.

Out of all the movies we enjoyed Smitty the best for it’s story line of seeing changes from someone having difficulty & making wrong choices, then turning things around. Also for it’s ending message.

What do you look for when picking out movies for your family or kids?

Disclosure: This review and or opinions on this blog are my own honest opinions I received the dvd’s to preview & review the movies via Childs Play Communications  & Phase 4 Films  No monitory compensation was received. I was not required to write a positive review. Your experience may differ. The opinions I have expressed are my own I am disclosing this in accordance with the Federal Trade Commissions 16 CFR Part 255: Guides Concerning the Use of Endorsement and Testimonials in Advertising .

By continuing to use the site, you agree to the use of cookies. more information